This is a crosspost from my SauerkrautCowboys blog 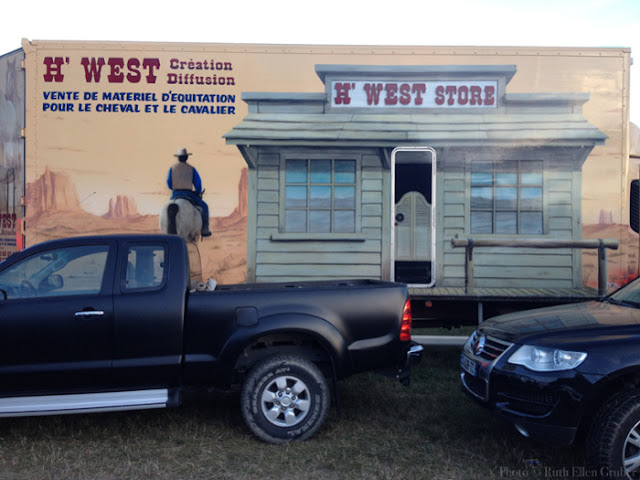 This was the third time I have been to the Equiblues rodeo and country music festival in St. Agreve, France — an annual event that draws upwards of 25,000 people and that this year was celebrating its 20th edition.

It was one of the first big country-western festivals I attended (back in 2004) when I first started following the “scene”. Last time I was there was 3 years ago — read what I wrote back then HERE and HERE.

Equiblues lasts the better part of a week, but this year, I only was able to make it there for Friday evening and Saturday, and — alas — I missed all of the rodeo — though I saw some of the cowboy mounted shooting competition. 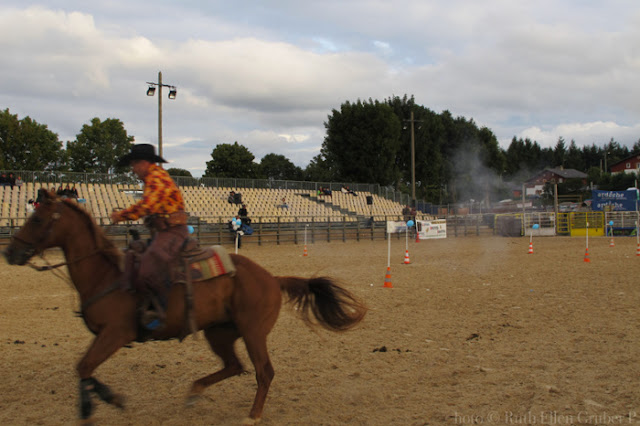 One of my reasons for going was to meet with Georges Carrier, an expert on country music in France who had been the director of the Country Rendez-vous festival in Craponne for 18 years.

I parked in front of the scene in the photo at the top of this page — a fitting welcome image.

But the photo below encapsulates the atmosphere event better: “Authentic Dreams”. Festivals like Equiblues are signal embodiments of what I call “real imaginary” spaces — a re-created; no — a created — “America” where everyone wears cowboy hats and boots and hustles and bustles amid the trappings of the frontier; but where little has much really to do with the United States. As usual, except for some of the artists and rodeo performers, I was one of the only — if not the only — American there. I did hear English in the crowd from one couple strolling through, but UK English. 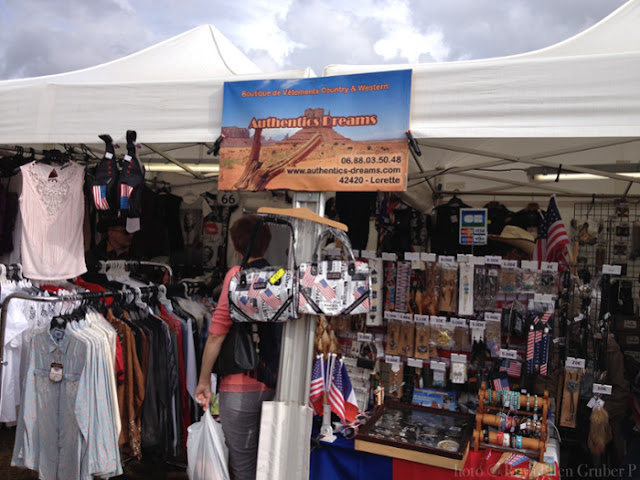 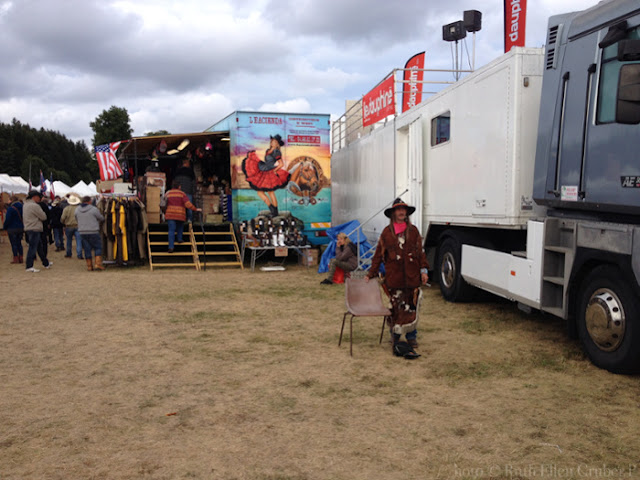 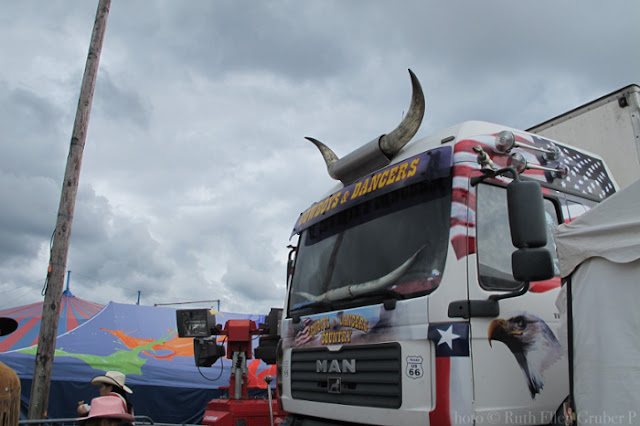 Actually, I found this year’s Equiblues just about identical with what I found three years ago. Even the same food (sausage and frites; steak and frites; wine; beer…) and physical set-up. For festival-run merch, tickets, food, and events — you have to pay in Equiblues dollars that you have to buy with Euros: one dollar = one Euro.

As usual, I was fascinated by the use of flag imagery — American flags, Confederate flags and various other flags and banners. They are used basically without much meaning, as decoration mean to provide an “American” or “Rebel” spin, as backdrops, clothing, ornamentation.

In the photo below, fly in a row, over a souvenir and clothing stand,  an American flag, a Confederate flag with the words “Heritage Not Hate”, a  Confederate flag and, I think, an Iowa state flag. I doubt of many people understood the significance of the slogan…… 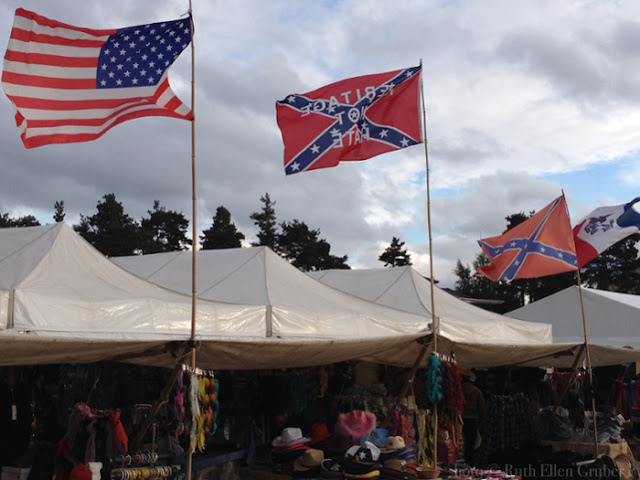 Check out the flag-inspired clothing, too. 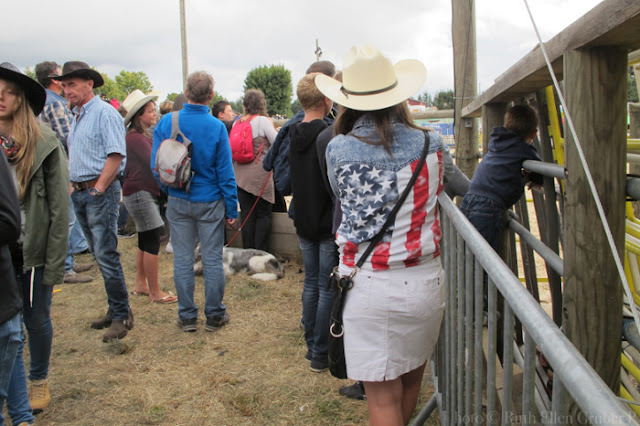 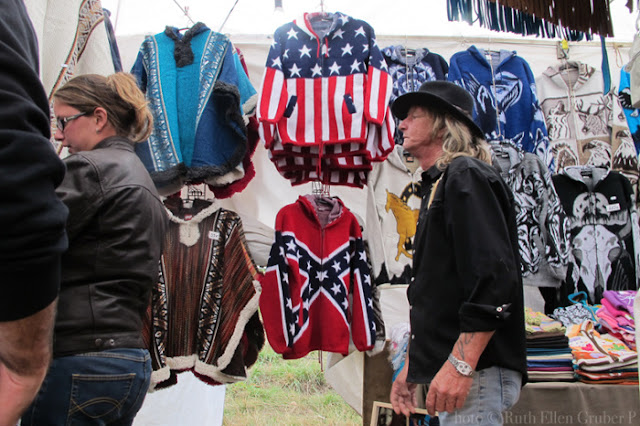 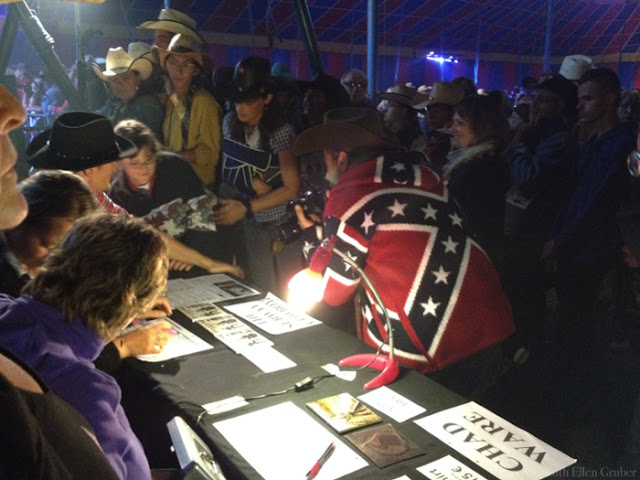 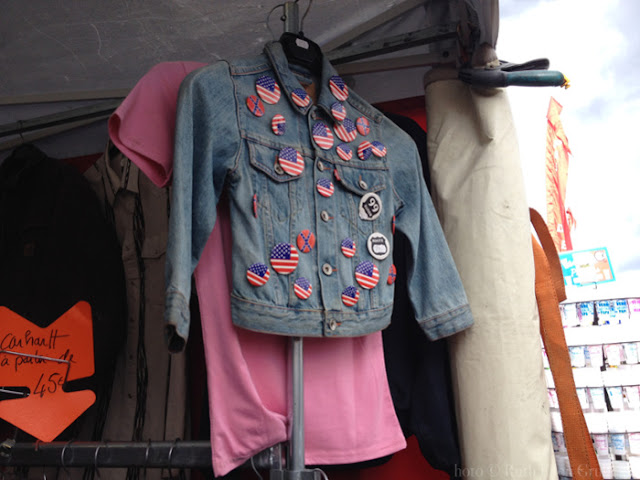 The music, of course, with crowded concerts every night — by American, Canadian and French artists — under a circus-like big top, is one of the highlights. And there is a big space for line-dancers. I am still fascinated by the hypnotic geometric movements of these masses of people. 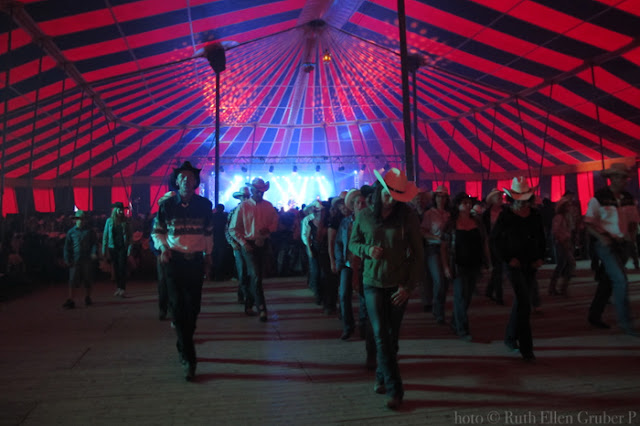 There was even a Miss Equiblues contest. 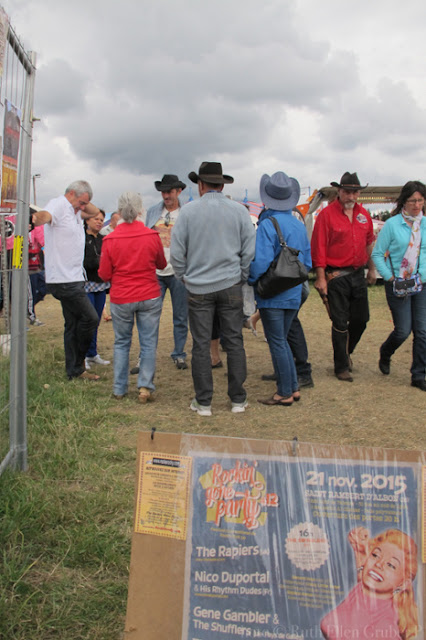